Roasting broccoli is a revelation – it intensifies the sweetness and gives it a little more earthiness. It is really delicious and my new favourite way to cook this superfood! From what I can make out, Ina Garten (The Barefoot Contessa) brought this method to the attention of the general public with this lovely recipe for Parmesan Roasted Broccoli . The recipe that I have made has a more tapas feel about it, thanks to the tangy, smoky paprika dressing and some crunchy golden toasted almond flakes. My version cuts back on the oil to boost the flavour of both the broccoli and the dressing.

Dressing – heat the oil in a small pan; add garlic and smoked paprika and take off heat to infuse 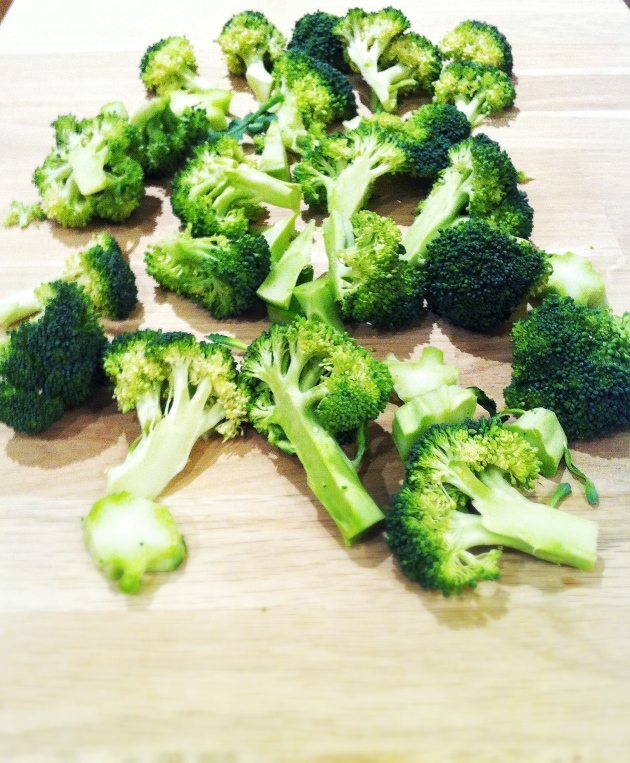 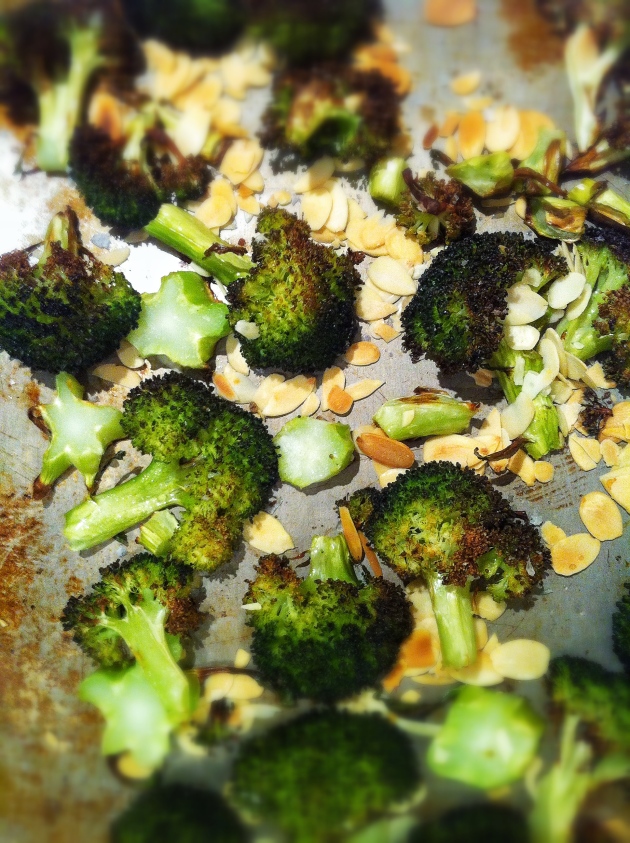 Whisk the infused oil into the vinegar, leaving behind much of the solids

I am entering this recipe in the Spice Trail Challenge, hosted by Bangers and Mash.  for January as it features Paprika – there are some wonderful recipes on there so do go and take a look at the entries.

Slightly adapted from a recipe on Food52

Left over dressing is a great marinade for chicken or fish and can also be used to perk up potatoes.

I was a serious bookaholic from a very young age. On Saturdays, my mum would make the rounds of the butchers, the green grocers and the bakery in Westlands Shopping Centre leaving my little brother and me to squabble as we waited  fractiously in the car. We were always careful not to carry  on in front of her as she to and froed followed by shop assistants laden with bags for the boot because our reward for waiting patiently (hah!) was a visit to Lavington Green Shopping Centre. Mum would take my brother off to the sweet shop probably via the fishmongers as I browsed the wonderful books in the bookshop trying to decide which ones I should spend all my pocket money on. As I came to read more challenging books, I would usually have a dictionary by my side to look up words that I didn’t know and couldn’t make sense of. One day I realised that these definitions included a little note on the origin of the word – many hours were spent trawling through the dictionary and marvelling at where our words came from.

I have always been fascinated by provenance. What is the history behind things/people/ideas/languages/recipes? On a recent Bank Holiday Monday, I found myself sitting up at the bar in Polpo at lunch time in what can only be described as “continuing” birthday celebrations for my dear friend C which had started on the Thursday prior. Polpo model themselves on a Venetian “bàcaro” which literally translates as House of Bacchus – Bacchus being the Roman God of wine . A bàcaro is a small Venetian bar which serves local wines and little plates of cicchetti – tidbits of delicious food – predating the more well known Spanish custom of tapas by a few centuries. Polpo had run out of a couple of items on the menu (annoying) but had whipped up some replacements (laudable) one of which was an utterly delicious green olive tapenade crostini. As C and I discussed the ingredients in a tapenade, I found myself curious as to why something so intrinsically Provencal was being served somewhere which prides itself on its (utterly delicious) Venetian roots. Turns out that olive tapenades with anchovies can be found in ancient Roman cookbooks dating back to thousands of years before the appearance of the French word tapenade, or indeed the French language itself. The earliest known tapenade recipe, Olivarum conditurae, appears in Columella’s De re Rustica, written in the first century AD… So much lovely provenance in this story!

There are many recipes for tapenade but they all have the same basic ingredients – olives (usually black), capers, garlic, anchovies, lemon/vinegar and olive oil – in varying amounts. This is my take on it inspired by our visit to Polpo.