I had a big birthday recently. Ok, so it was two years ago recently. Knowing full well my passion for food, my dissatisfaction with my job and my hive inducing reaction to big changes in my life, my dear friends N and J sent me on a food styling course at Leith’s Food and Wine in west London in the hopes that I might find a truer calling and stop the whining I was subjecting them to.

It was an amazing experience run by the lovely Sarah Cook, Deputy Food Editor of BBC Good Food magazine. One of our first tasks was to try and recreate the “money shot” on a ready meal using a pack of M&S lasagne. Well that was an eye opener. In the UK, one cannot use more food in the photo than is in the ready meal itself. So in order to make the lasagne look fuller as in the pack photo, the pasta was separated from the ragout and the sauce as best as we could manage. Then paper towels were scrunched up and strategically centred on the pasta whilst filling in the edges with what now looked to be a terribly generous portion of ragout. Apparently, we could have used cardboard to level the floppy pasta sheets. We also got to make and style a Greek salad and a fruit trifle, using our own props, both of which were challenging! The course culminated with a professional photo shoot using food we had made. Sarah brought in some amazing props which she has been collecting, magpie like over the course of her career and we got to work with the uber talented Stuart Ovenden Food/Lifestyle Photographer & Deputy Art Editor, Good Food Magazine at BBC Worldwide.

I realised fairly early on in the course that placing bits of parsley with a set of tweezers was not for me – I like a more natural finish which is not to say that I don’t appreciate a beautifully styled shot – I just don’t have the patience for it and can drive myself to distraction agonising over which berry should be at the front of the shot. So when it came time to decide what to make for the shoot I remembered a Delia Smith bread recipe that I had earmarked from a long time ago and thought I would give it a try. I mean, why make something I had tried before right? Luckily I had had some sort of foresight to buy extra chèvre because of course the first loaf, delicious as it was, looked a complete and hideous mess. The second one turned out beautifully but as I was now running late, I had to pack it (and its ugly older sister), still warm, loosely wrapped in its parchment paper into a basket along with some props which I thought we could use and schlep across London on Sunday public transport to the school. The Tube has never smelt so delicious as I sat there pretending that it had nothing to do with me!

Second loaf prior to baking

My photo of the second loaf

I fretted all the way there worrying that I had done something too basic – it wasn’t even a yeasted bread…and when I got to the shoot, my worst fears were confirmed. One person had prepared a trio of beautiful tarts complete with chocolate decorations. Another had made a meze of three or four Lebanese dishes – from scratch. Someone else  had caramelised a pear and made a ginger pudding with chocolate sauce…a fourth was doing some fantastic wizardry with a sugar candy machine to make candy floss “ice cream” cones.

I sheepishly laid out my props on one of the tables and pulled out the loaf , smoothing out the parchment paper to let it finish off cooling.  Sarah came over and said how wonderful it smelled and looked, Stuart came over, smiled and asked if he could have a piece of the ugly sister to eat and went back to shooting and before I knew it, most of the ugly sister had been eaten by people coming over to take a look. Still feeling a little sheepish when it was my turn I hesitantly took it over to the table where Stuart was working. He practically snatched it out of my hands and told me that he wanted to shoot it as it was, on the parchment it had been baked in and transported on and that props really would not be necessary as it was such a beautiful thing on its own.  I was speechless. Can I tell you that I’m ridiculously proud that he included it on his gorgeous blog appledrane, here some time later?

Below are some of the images that were shot on the day. Aren’t they gorgeous? 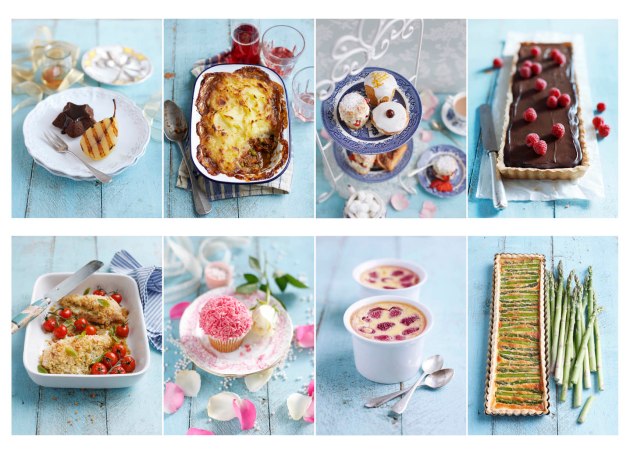 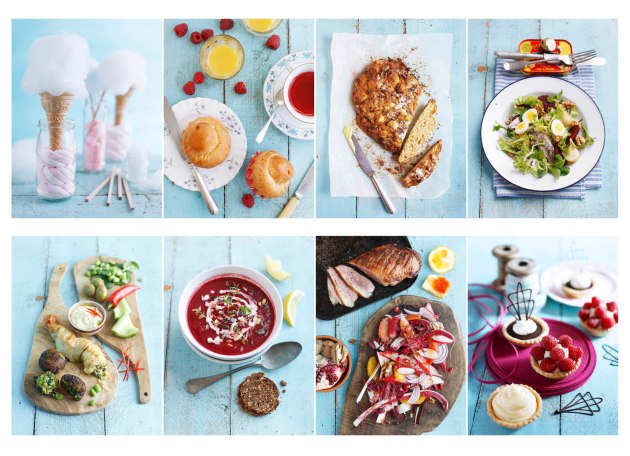 Looks aside, this is a really delicious bread, which smells wonderful. It is quick as no yeast is involved and goes well with a soup or with cold cuts. Yet another good candidate for a picnic.

Makes one delicious loaf which will serve 4-6 people

© Selma Jeevanjee and Selma’s Table, 2013. Unauthorised use and/or duplication of this material, including photographs without express and written permission from this blog’s author and/or owner is strictly prohibited. Excerpts and links may be used, provided that full and clear credit is given to Selma Jeevanjee and Selma’s Table with appropriate and specific direction to the original content.

8 thoughts on “Goats’ Cheese, Onion and Potato Bread with Thyme”