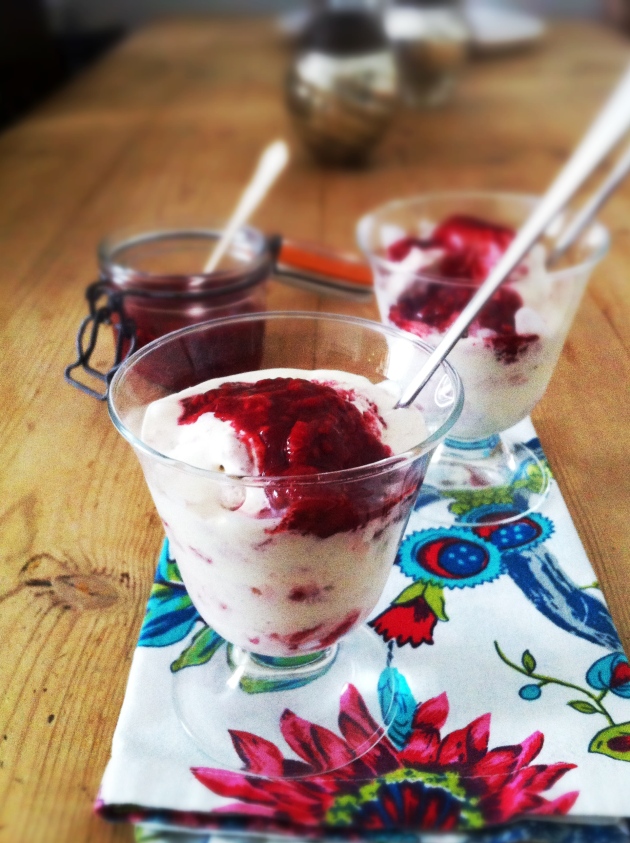 There is a sweet young man who sells all sorts of fruits and vegetable from trestle tables outside a crappy phone shop on the High Street. Most of the produce is in large plastic bowls which he empties straight into your shopping bag or one of his blue plastic ones. Some of the produce is too large for the bowls so sits piled up in crates and others are too delicate and come in their own punnets. Now, this produce is not organic or local and some of it is not at it’s best but this chap is outside no matter what the weather, charging a measly £1 per bowl, seven days a week. I always take a look to see what he has and try and buy something to support him. He is very honest, even going as far as to advise me not to buy any of the pawpaws the other day, as there were not very good! 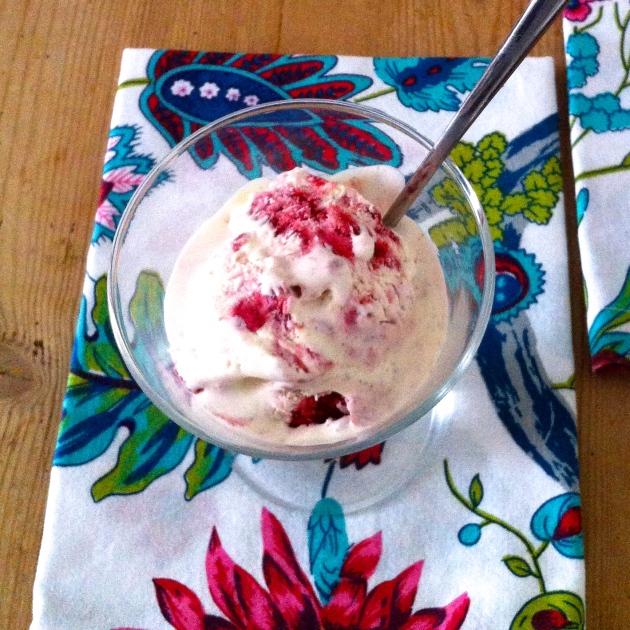 His produce is always really fresh on a Saturday. Last week he had fat juicy limes (seven for £1) rambutans (six for £1) loquats (a bowl for £1) and  heaped punnets of raspberries which I assumed were £1 each. Imagine my surprise when he put two in my bag! Jake had a friend coming over to do some revision with him and I was meandering down the High Street, planning what to dish up for dinner later. I decided on ice-cream for which the raspberries were destined, a roast chicken with roast cauliflower and chickpeas (hello Elaine!), the first potato salad of the year and a crunchy green salad. As I was unloading the shopping I remember thinking that I would have to throw out most of the raspberries as they were probably mouldy but other than 3 or 4 which had begun to turn the rest were absolutely fine – what a bargain! I cooked them down with some cinnamon scented icing sugar left over from Christmas baking and swirled some through nearly set vanilla bean ice cream. I served it topped with more of the raspberry coulis – the teens loved it! 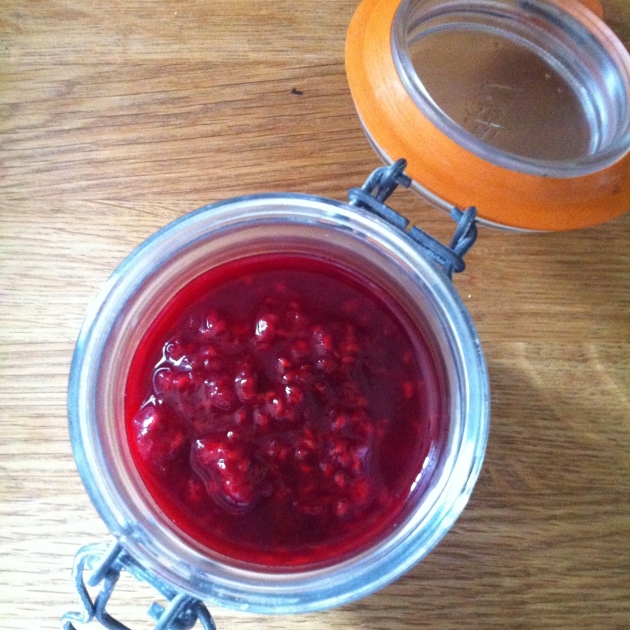 Now I know that cinnamon and raspberries seem like an odd combination but it really works! My recipe also uses a fresh vanilla bean. There’s a great article here on how to get the seeds out and what to do with the pod but you can also substitute a teaspoon of vanilla bean paste instead.  The secret to a soft no-churn ice cream is the addition of  a little alcohol. As it has a low freezing point, it helps to keep the ice cream soft. I only had some fino sherry to hand which leant a subtle yet lovely fresh flavour to the ice cream. You can substitute this for vodka which will not add any flavour at all.  I have an ice cream maker which I do love to use but ever since I discovered this quick and easy way to make ice cream, I rarely use it. No more making custard and freezing the lonely egg whites! I first wrote about this when I posted my recipe for Lime Ice Cream in a Ginger Snap Crust  – if you missed that post, do skim through it as it has some interesting information on the magic ingredient and some delicious ingredient combinations too. P.S. What I learnt today – ice cream is really hard to photograph… 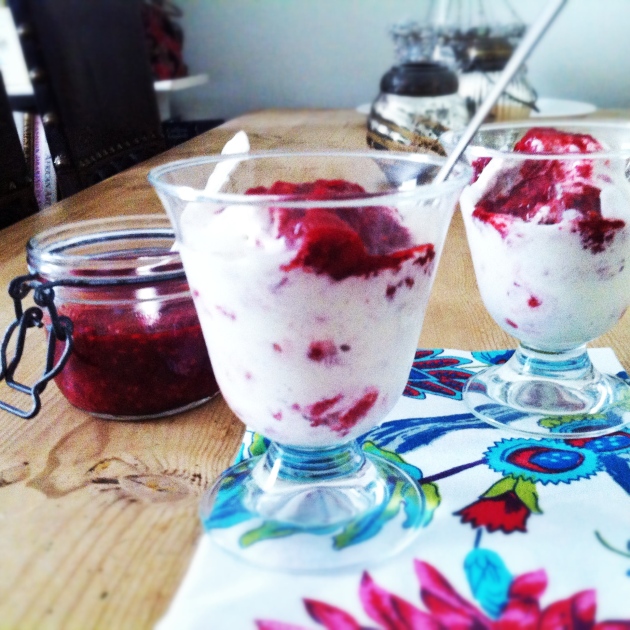 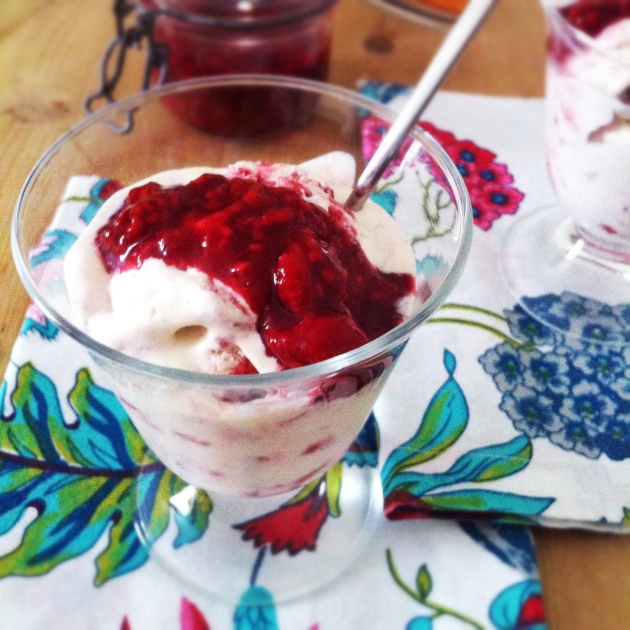 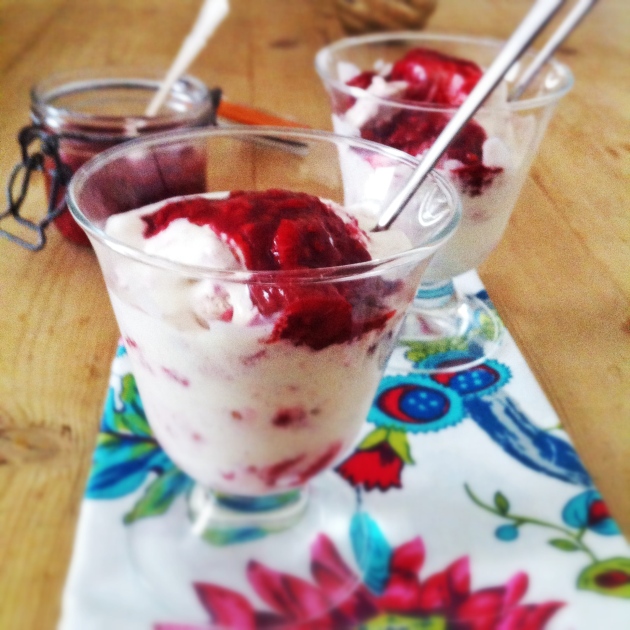 Last week I had the honour of co-hosting Angie’s Friday Fiesta #15 with the lovely Jhuls of Not So Creative Cook. Jhuls was SO much fun to host with even though I did have to start hiding some of the desserts from her!! I was blown away by not only all the creativity out there but also how everyone got into the spirit, warmly commenting on each other’s posts as they hopped from blog to blog visiting each other. This really is such a wonderful virtual community and I am delighted to be a part of this gang!

This week Elaine of foodbod and Stacey of 10 Legs in the Kitchen are co-hosting Angie’s Friday Fiesta #16  – do check out their blogs if you haven’t already. Both of them have very different writing styles and interests in food.

To help cool things down (coz it’s gonna be a scorcher!!) I’m bringing tubs and tubs of this Raspberry Swirl Vanilla Bean Ice Cream with Fino Sherry to Angies Fiesta Friday #16.

I am also adding it to the Family Foodies challenge which is “Chill Out” for July hosted by Vanesther @ Bangers and Mash and Lou @ Eat Your Veg. 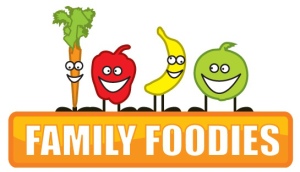 So, don’t be shy – visit as many of the blogs as you can, follow the ones that are new to you, leave comments and tuck in!!

For the Raspberry Coulis:

For the Vanilla Bean Ice Cream: 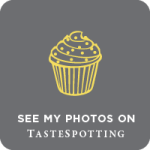 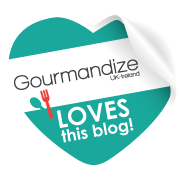